HCI Sucks! is a experiment with connected lollipops to Arduino using Skintimacy. 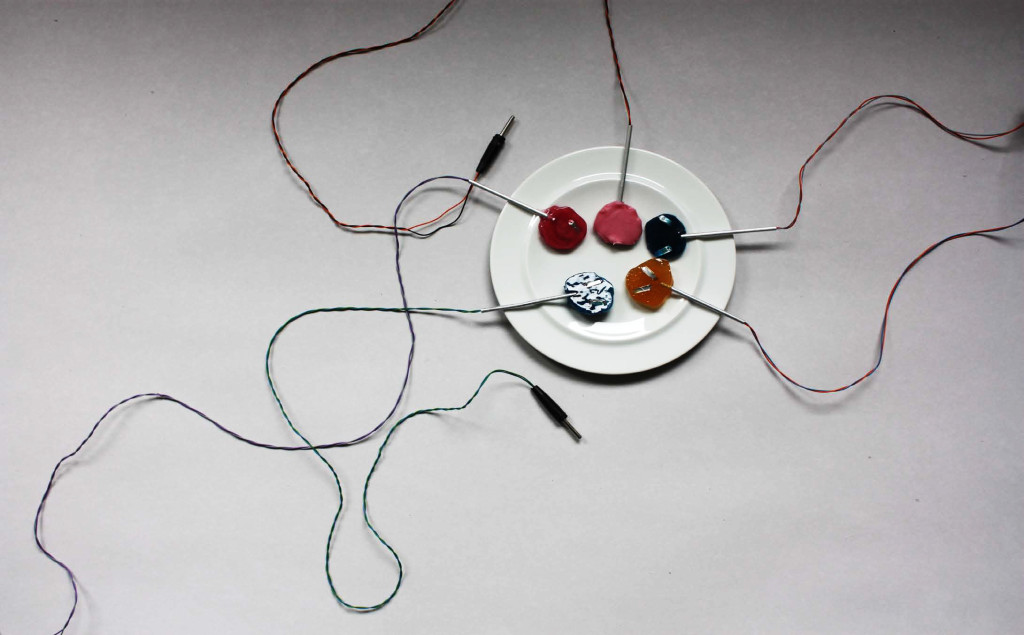 The ingredients for the lollipops are sugar, water, and corn syrup. Rice syrup was substituted because corn syrup could not be found. Lemon flavouring was used. 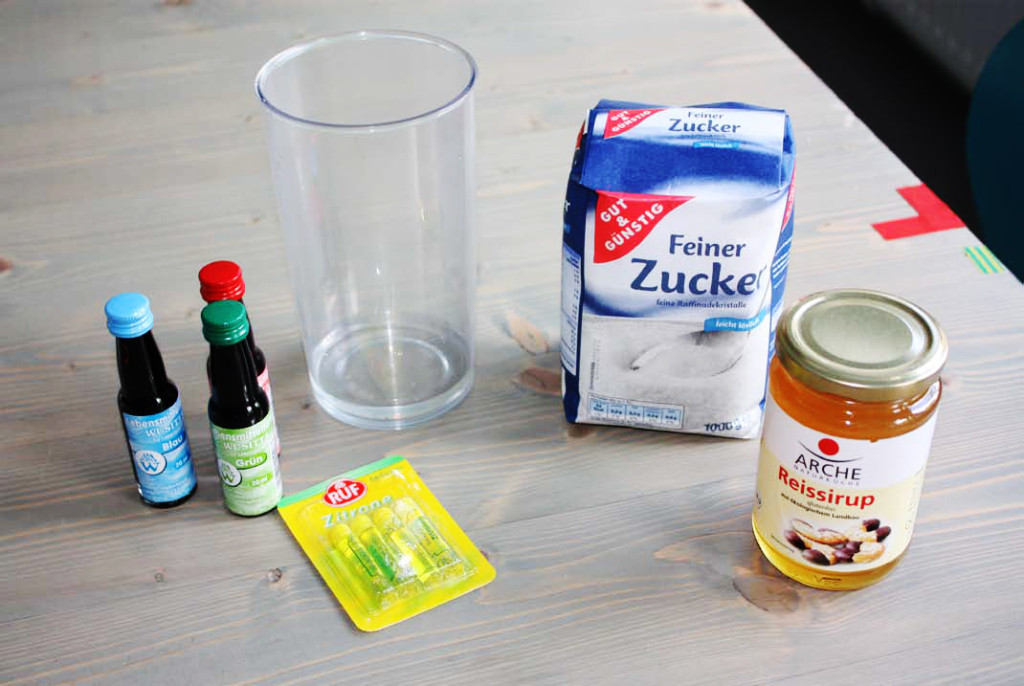 The sticks for the lollipop are made from hollow aluminium tubes which are 4mm in outer diameter and 8cm long. This tube is made to cover wired aluminium contact plates which are going to be inside the candy. Those plates are cut by hand from a 0.5 mm thick aluminium sheet and sanded smooth. 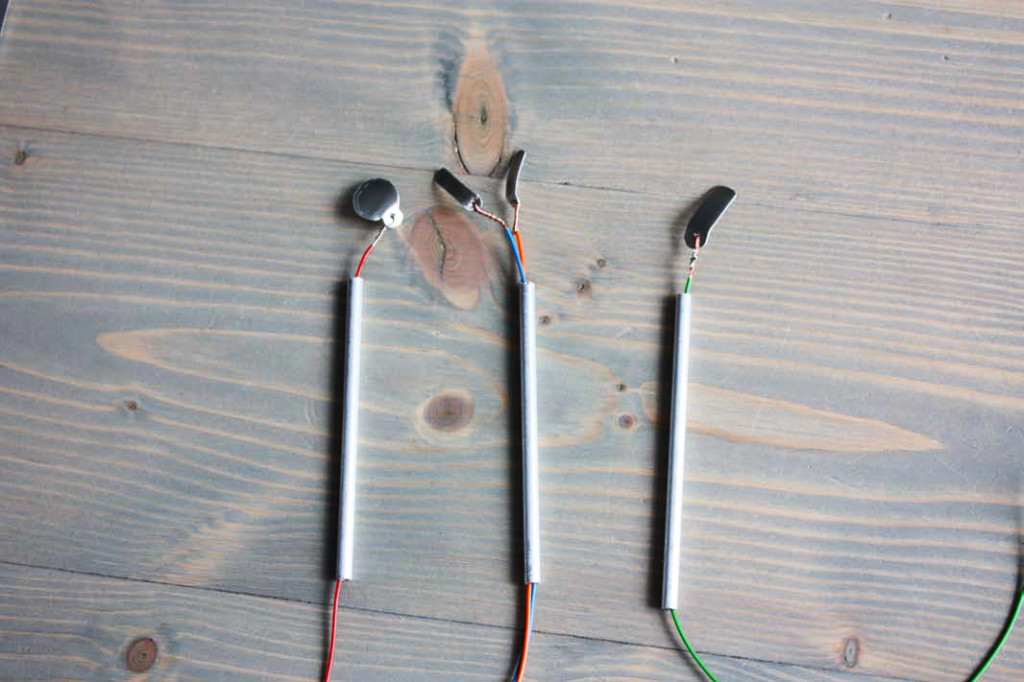 The whole setup: the Skintimacy device, a computer running Max, and two lollipops hooked up to the device with banana plugs. It is used a strip of paper to hold the lollipops in order to be sure that the readings were coming from the tongues on the contact plates and not the fingers on the sticks. 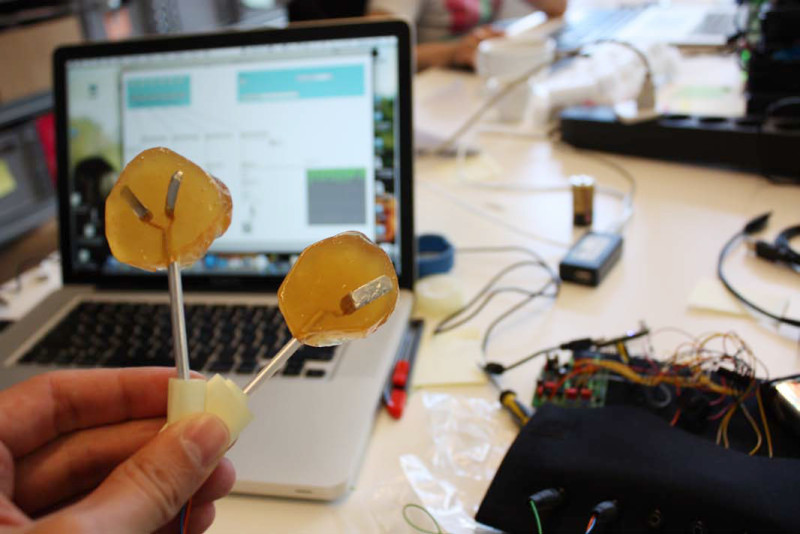 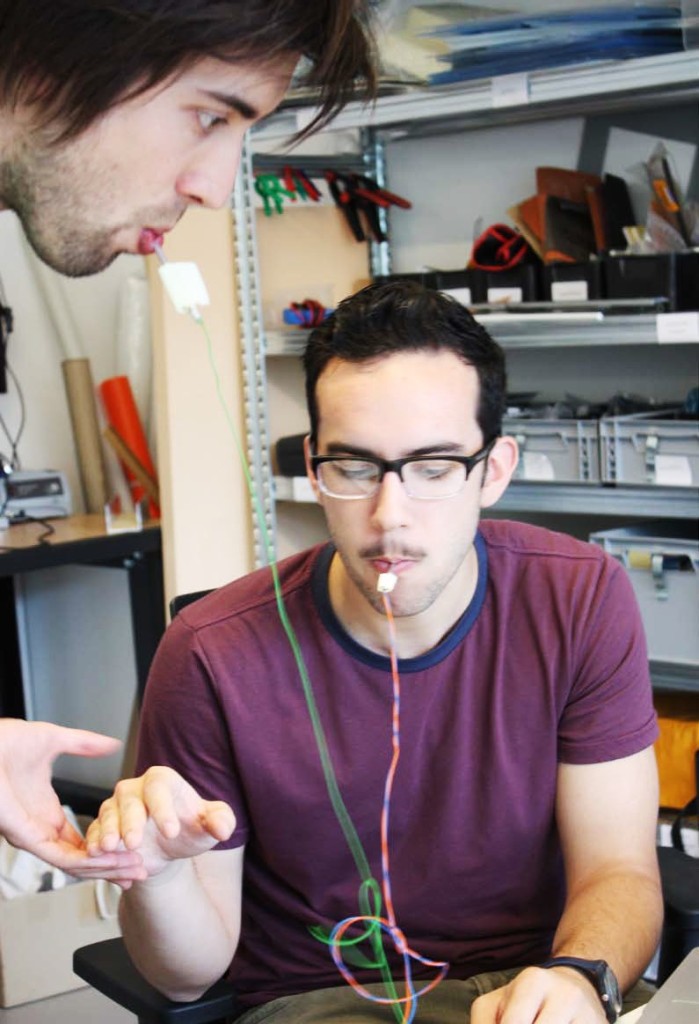 This first try works fairly well, but there’s still the possibility to go deeper and improve the Lollipoops.

For a second try, a mold is made to cook the lollipops. 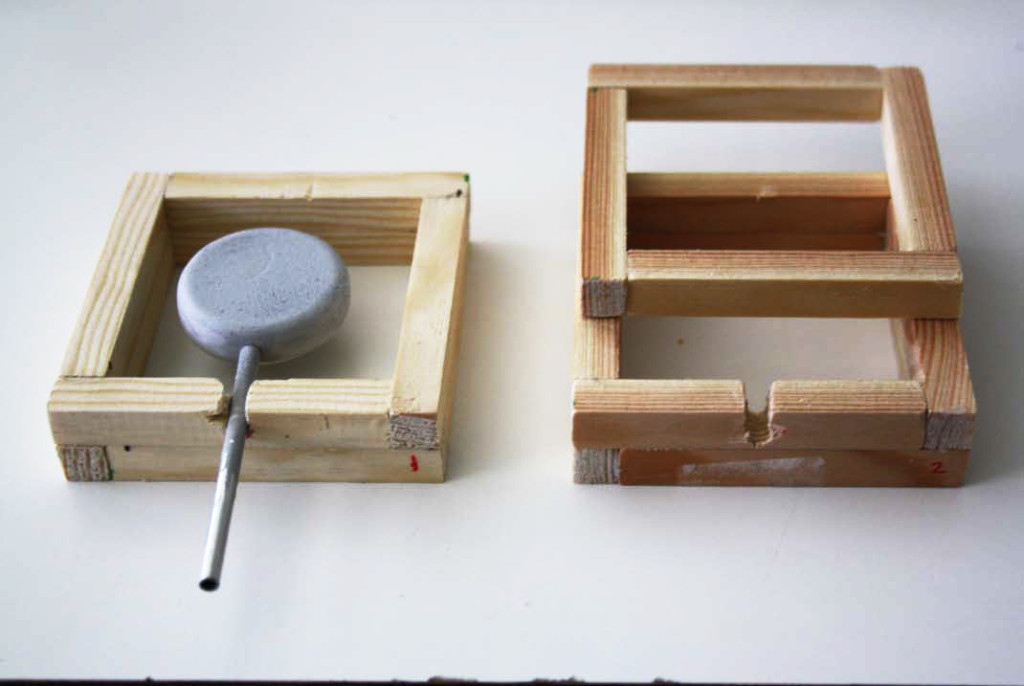 Two wires are soldered to a copper coil and then placed inside the aluminium sticks. This is made for each lollipop. 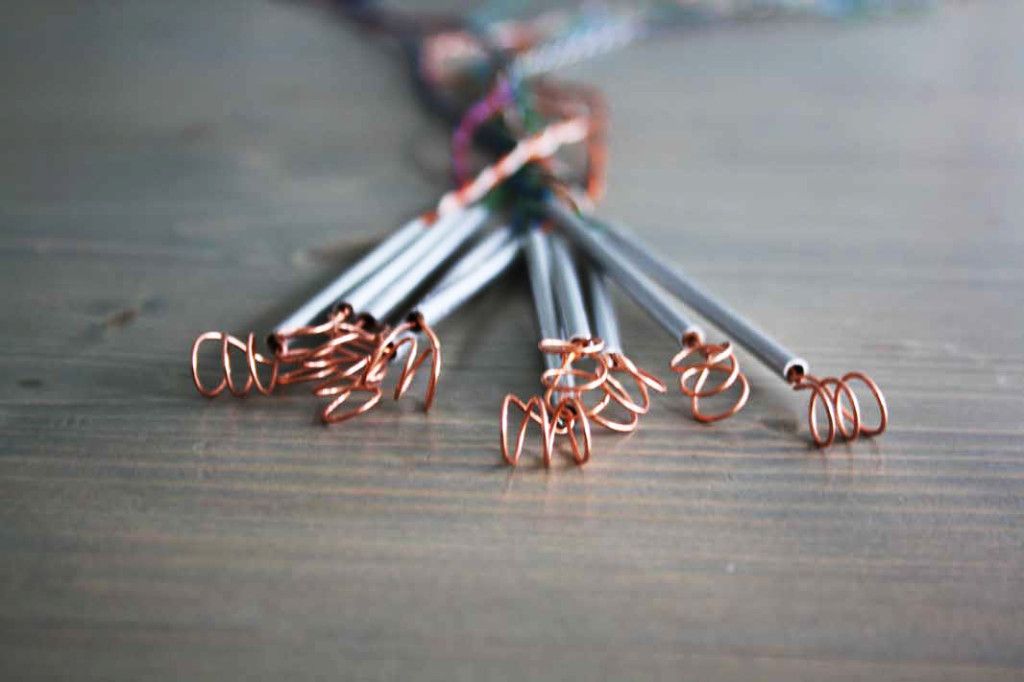 Lollipops made with corn syrup using a floured mold so that it could be easy removed. The sticks used are the ones with the copper coils. 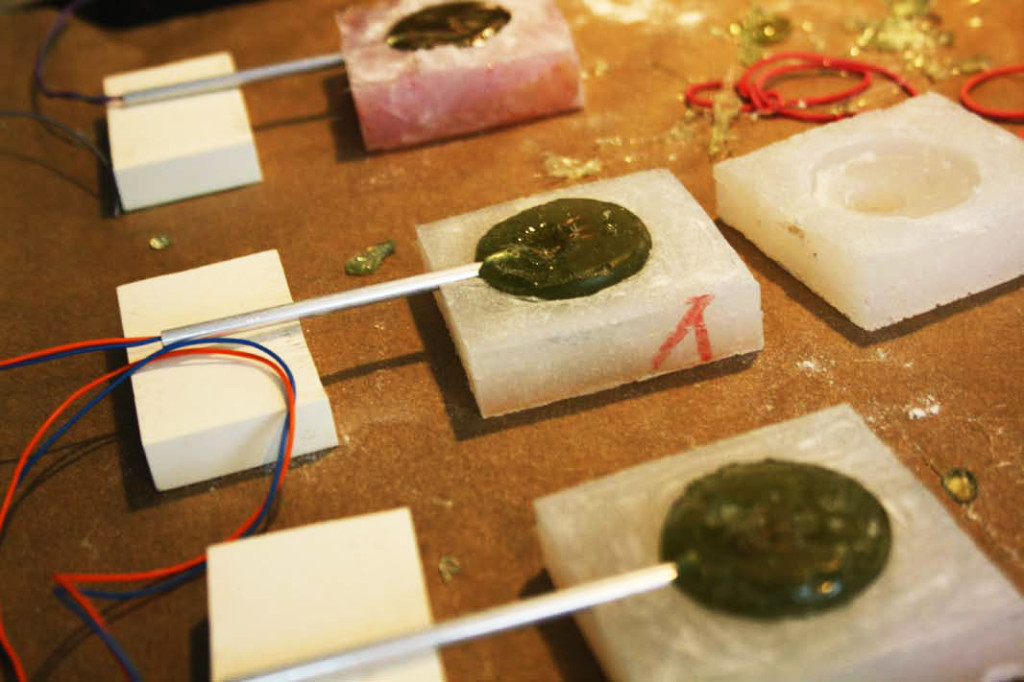 The project came a long way from the beginning but there is still room for improvement. The most drastic way to improve the process would be to have more open molds. The open molds afforded the best lollipops. 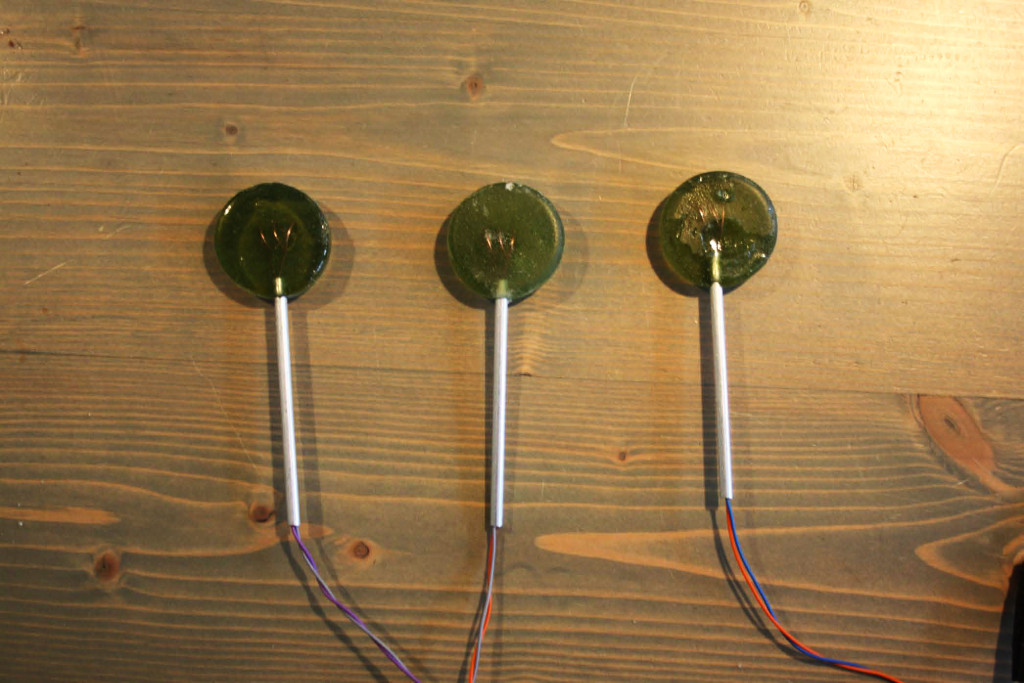